How it all began
the story of a spectacular climb

The via ferratas used to be a privilege of the Dolomites mountains not too long ago. Throughout the interwar period the good climbers cavorted on the Ifinger, the local mountain of the tourist destination of Schenna. But it was only a matter of time before this majestic symbol of the Meran area fell in the oblivion of another war.

Only in 2015, the idea of a via ferrata on the Ifinger took concrete shape. The Merano mountain guide Peter Vanzo had earlier explored a route directly adjacent to the steep slope that had been skied by Holzer.

A joint effort by the Tourist Association Scena and Alpine Club Scena meant that work on the Heini Holzer via ferrata project could begin in May 2016. A spectacular climb in a breathtaking environment which is the simplified counterpart to the extremely difficult “Hoachwool” via ferrata at the Schnalstal valley entrance.

The Heini Holzer via ferrata was completed by four mountain guides in eight weeks; Peter Vanzo coordinated the project.

The Mt. Ifinger is located directly on the Periadriatic seam. Spanning a total length of 700 km, it is the most significant tectonic fault line of the Alps, which runs roughly parallel to the coastline of the Adriatic Sea in a wide arc. 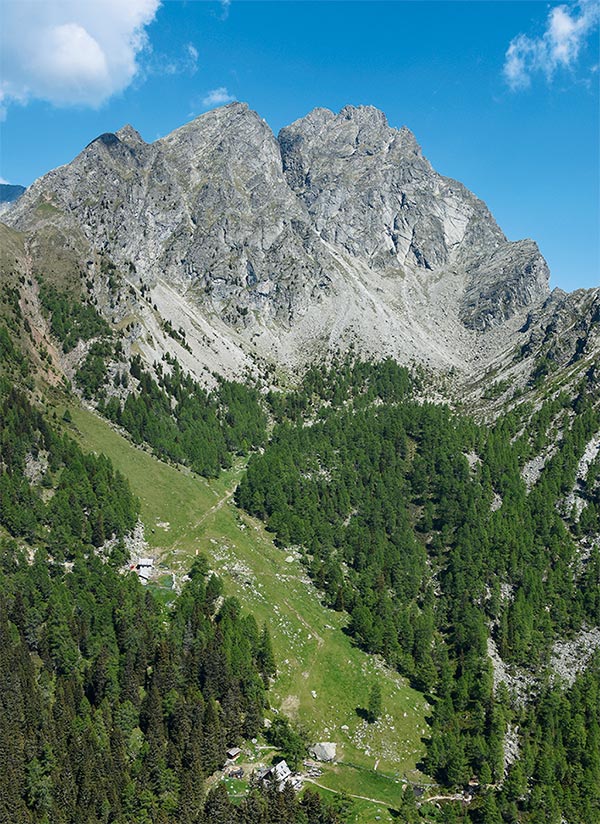