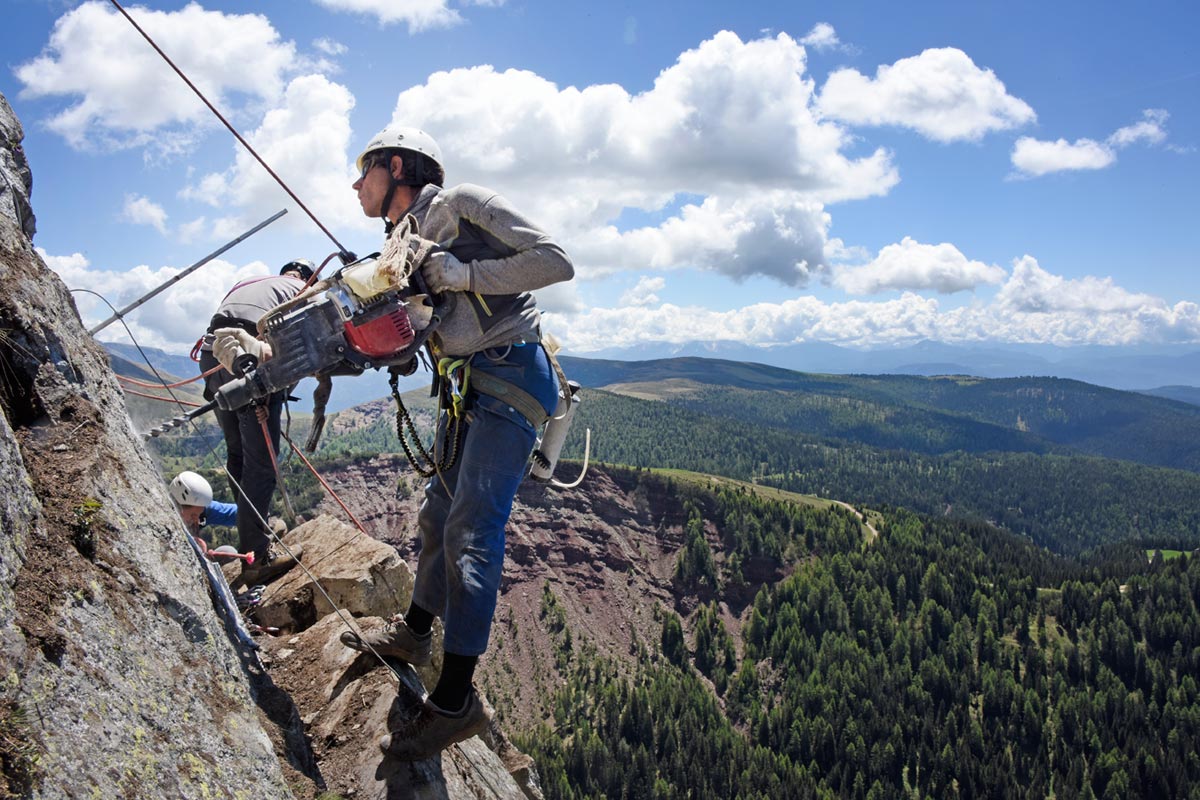 The construction of the Heini Holzer via ferrata

Impressions of the construction site

It was only in 2015 that the idea of a via ferrata on the Ifinger took concrete shape. Directly adjacent to the steep slope that had been skied by Holzer a route suitable for a via ferrata had been explored earlier. A joint effort by the Tourist Association under their manager Franz Innerhofer and Alpine Club Schenna under the leadership of Roswitha Schwienbacher and her grey eminence Christian Pföstl meant that work on the Heini Holzer via ferrata project could begin in May 2016.

During the winter season of 2016 a geological expertise was done, a building permit by the town of Schenna was issued, an agreement with the local hunters was reached and the local forestry administration was tied into the project.
Spring 2016 started with a lot of leftover snow from a late season snowfall. The start of the construction was almost postponed for a month. As soon as possible all the construction material was flown by the helicopter company Air Service to four main sites directly on the SW face of the Kleine Ifinger. The weather conditions during the constructions included heavy snowfall, wicked electrical storms, very cold weather and sunny days as well. Despite the unfavorable conditions the via ferrata was completed by four mountain guides in eight weeks: Peter Vanzo, a mountain guide from Meran, coordinated the project.

During the summer of 2016 the Heini Holzer via ferrata was turned into a boutique climb by mountain Guide, photographer and writer Christjan Ladurner, who had taken on the project management of the via ferrata. The very special signs where designed by the graphic designer Robert Mendini from Meran, all the metal work was done by the craft metalworker Pichler Thomas in the Passeier valley.

Today the Heini Holzer via ferrata presents itself in a very special, never seen before outfit! Please go and assure yourself! 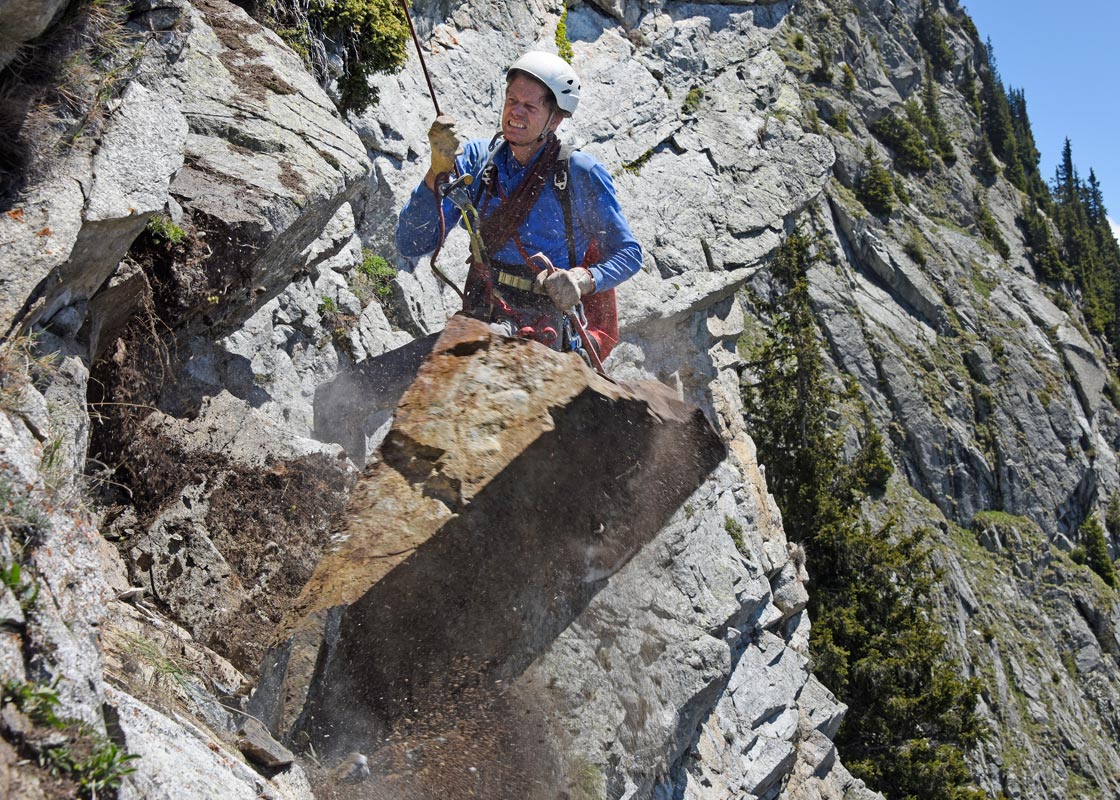 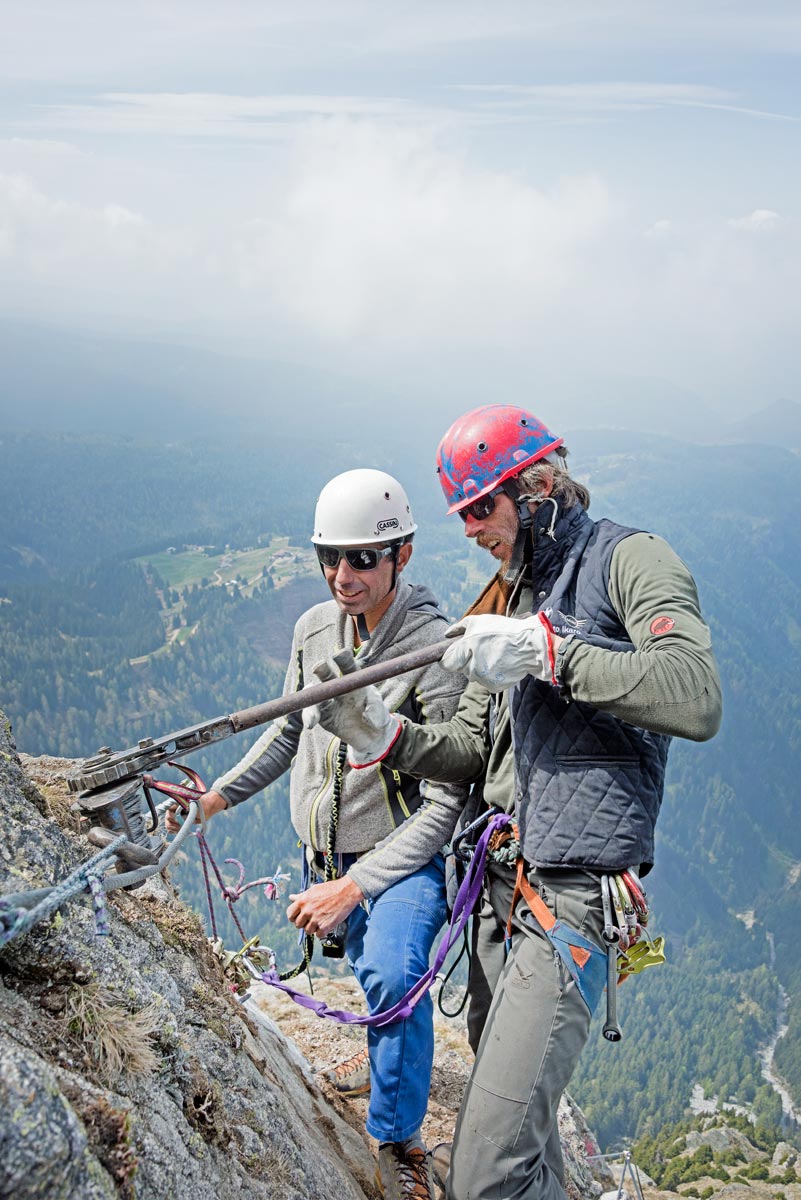 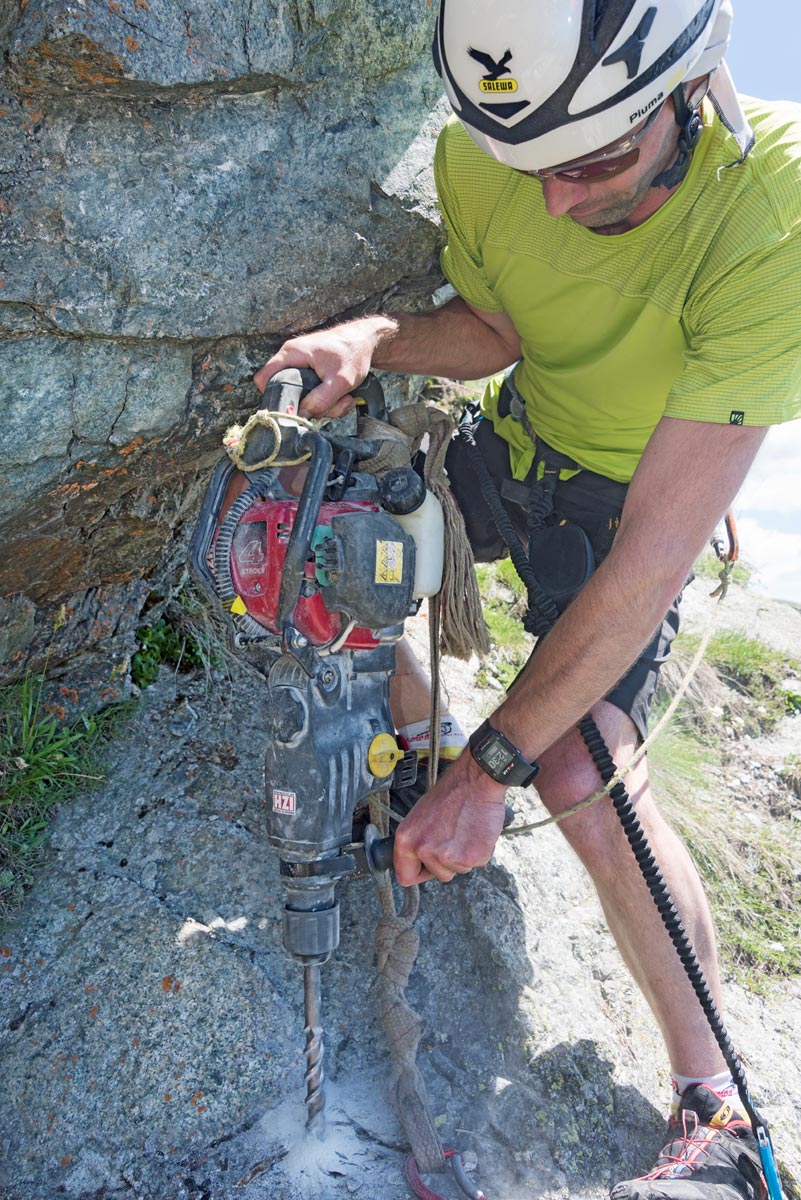 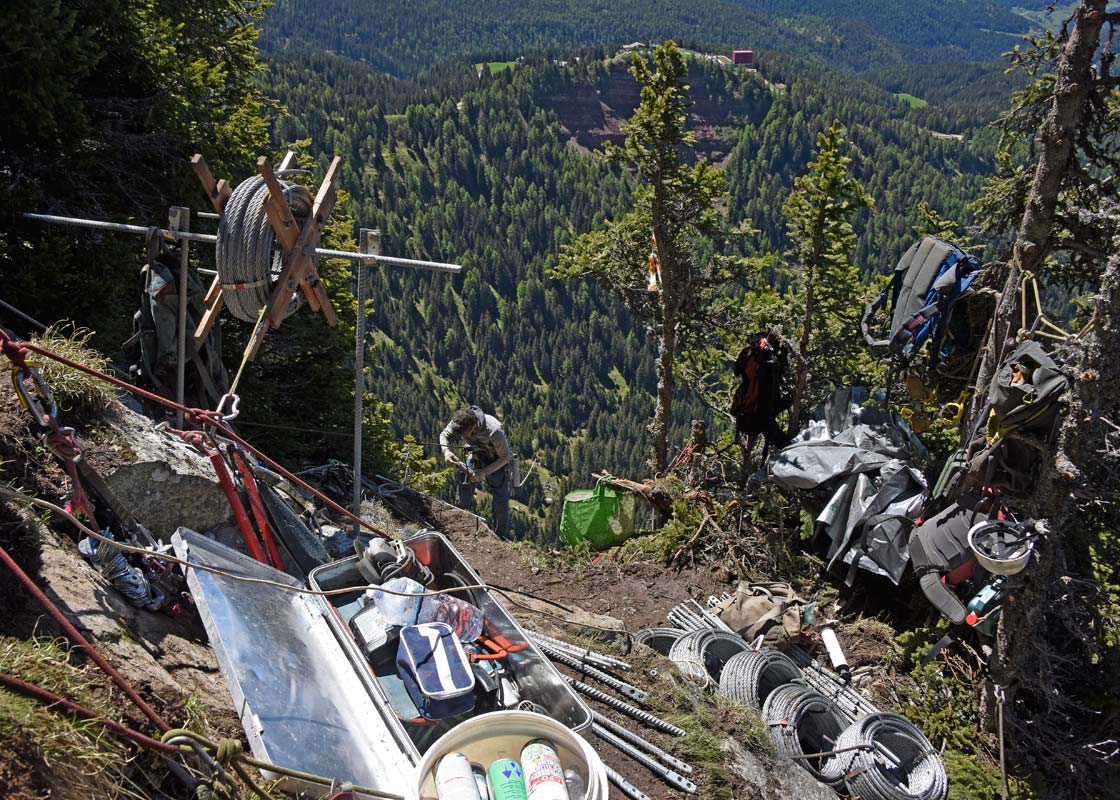